Home //Beware of these scams aimed at seniors

Beware of these scams aimed at seniors

According to recent news reports, seniors in Canada get bilked out of as much as $300 million every year. It is estimated that as many as one in five seniors have lost money to fraudsters and most don't report it.

Even though seniors today may be mentally sharper than ever, they are still the con artists' favorite target because they generally have more disposable cash and are often more trusting. Also, with our population living longer, there are more elders in their 80's and 90's who are vulnerable because they live alone, have a certain level of memory loss and can be confused or frightened by slick scammers.

Scam artists try their tricks on all age groups, but some of their cons they focus on seniors. Just a few to be wary of are:

Grandchild-in-trouble - Henry gets a call from what sounds like a grandson asking for some urgent financial help. Apparently traveling far from home, he needs bail money or emergency car repairs and asks for a wire transfer.

In a nasty new twist, crooks knew some things about the grandchild and used an accomplice to impersonate their voice. They were told their grandchild had been kidnapped and demanded payment of ransom. Cunningly, the crooks earlier called the grandchild on their cell phone, impersonating the phone carrier, and asked them to turn it off for a maintenance check.

Copyright © 2010 Life Letter. All rights reserved. For informational purposes only and is based on the perspectives and opinions of the owners and writers only. The information provided is not intended to provide specific financial advice.. Readers are advised to seek professional advice before making any financial decision based on any of the ideas presented in this article. This copyright information presented online is not to be copied, or clipped or republished for any reason. The publisher does not guarantee the accuracy and will not be held liable in any way for any error, or omission, or any financial decision. 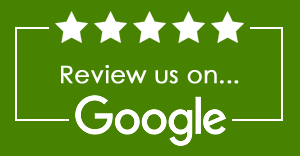